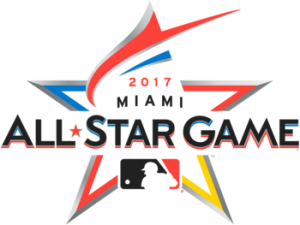 These annual events are a must see in the summer! This year’s all-star game is the first since 2002 where the outcome of the game does not determine the home-field advantage for the World Series (the team with the better record overall at the end of the season will host). The Home Run Derby takes place the Monday before the All-Star Game and is a contest between the top home run hitters in the MLB, such as Aaron Judge and Giancarlo Stanton and Gary Sanchez.

These two events mark the halfway point of the MLB season while both leagues are having an All-Star break.

Touted as one of the biggest boxing matches in a decade, these two are finally going to put their money where their mouths are. After months of speculation about whether Mayweather would come out of retirement, he is going up against McGregor, a mixed martial arts fighter.

Find the best place to watch this and other boxing events using FanWide today!

Ice Cube’s 3 vs. 3 Basketball League is in its inaugural season and with former NBA All-Stars and legends such as Allen Iverson, Chauncey Billups, Julius “Dr. J” Erving, Kenyon Martin, Gary Payton and more – this new, exciting league provides some great smashmouth basketball complete with the first ever 4-point shot line. Track all your favorite teams and local BIG3 events through FanWide today!

Check FanWide to catch all your favorite teams this season and always have a place to watch your game!