When you are in the biggest city in the United States, it can be difficult to find out which bar or restaurant is the best one to catch a watch party or find a game for your favorite team.

Like all major cities, New York has sports bars dedicated to fans’ favorite teams as well as bars where fans can go, have a drink and find that “just right” atmosphere for watching any game or sports event in NYC. 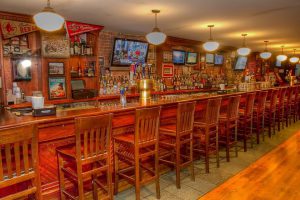 If you are looking for a location that is a little less laid back, this two-story sports bar is large and loud. A big draw to this bar is the friendly staff that is willing to accommodate your game at their spacious booths with individual televisions. Thom’s is also known for their huge, shareable mountain of nachos; served on a large pizza tray. 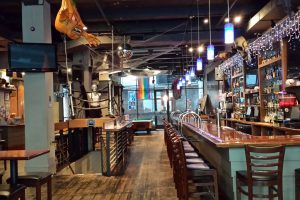 Want to catch NFL or NCAA football watch parties? Every one of their 21 TVs in their three floors has a football game playing during the season. They’ve also got basketball, baseball and other sporting events — so at any time during the week, there is ample space to come in, have a beer and catch a game. If you like a combo sports bar and club, on the weekend, Boxers features DJs to turn your sports watching experience into a great night out afterward. 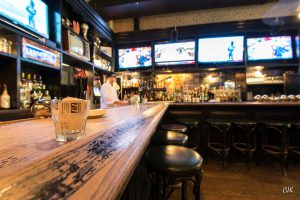 This isn’t just your every day, run of the mill sports bar. Warren 77 offers a bit of class to the genre. With curved black leather booths and a more upscale feel, this bar also will appeal to the New York sports fans with a little extra to spend. This is also a great place to catch a hockey game (it was opened by New York Rangers star Sean Avery in 2009). 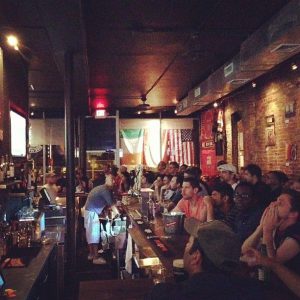 With a loyal following of soccer fans, Woodwork is a beloved bar by the patrons for the friendly atmosphere and fairly priced craft beers. The beer and wine selection also features labels from the top soccer nations. Other sports fans are also welcome at Woodwork, with Monday Night Football and World Series watch parties, there is always a game to catch with a great crowd. 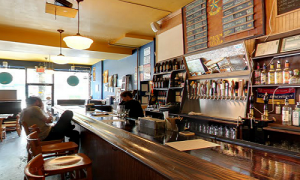 West Coast visitors, tourists and transplants can find a home at this sports bar in Brooklyn that’s only a few blocks from the Barclays Center. They offer California based draft beer that can be difficult to find in New York and an atmosphere featuring quirky décor and board games while fans are waiting for the watch parties to start.

No matter what team or sport you’re out to cheer on, check the FanWide mobile site and/or App (for Android and Apple) and sign up for free to get to the best sports watch parties and meet ups near you. No matter if you’re a Jacksonville Jaguars fan in Phoenix, Arizona or a St. Louis Blues fan in Buffalo, New York, FanWide has you covered.