Visit FanWide.com to find a Major League Soccer game watch party or fan club near you.

When discussing international players’ successes in the MLS, the first name that comes to everyone’s mind is David Beckham. He joined the LA Galaxy in 2007 from Real Madrid at the age of 33. With the anticipation of Beckham joining the Galaxy, the team saw a skyrocket in revenue. The team was able to sign a new five-year shirt sponsorship deal with Herbalife and gained 11,000 new season ticket subscriptions. Beckham’s MLS debut came in an away game against DC United where he played just 19 minutes. Despite only having a cameo appearance, DC’s RFK Stadium was sold out at 46,686 fans to see Beckham. It was three times DC United’s average home game attendance for that season. Beckham was a commanding force in the Galaxy midfield for 6 years. In 2011 he won the MLS Cup with LA before completing a move back to European soccer and signing for Paris Saint-Germain in 2013. Beckham will probably go down in MLS history as the first proven star to take his talents stateside and he will surely be credited with starting the trend.

Thierry Henry, the French international star, had a very successful European career playing for Arsenal and Barcelona. In July 2010, Henry completed a move from Barcelona to the New York Red Bulls. During his time in New York, Henry helped the Red Bulls become a regular playoff team. He also was named to the MLS All-Star team three times, named to the MLS Best XI two times, and was a finalist for MLS MVP in 2012. In addition, Henry’s first season with the Red Bulls saw the average home attendance increase by over 6,000 fans per game. More importantly, the average attendance stayed at this higher level even when Henry left the Red Bulls in 2014. So, not only did Henry bring success for the team on the pitch, but he also helped create sustained support for the team’s brand in the area.

David Villa, Andrea Pirlo, and Frank Lampard all joined New York City FC in the team’s inaugural 2015 season, but they all joined from different leagues. David Villa joined the team from Atletico Madrid as NYCFC’s first player signed. Villa called it an “irresistible project” to join New York City. Upon arrival, he said he wanted to “help MLS continue to grow and try to make New York City become the best team in the league.” Villa has been without a doubt one of the most significant trailblazers for the growth of soccer in America since his arrival to NYCFC. Now 36 years old, Villa still plays with The Boys in Blue as the new club seeks to make its first deep run into the MLS Playoffs and challenge for the MLS Cup, as they currently have the third best record in MLS.

While Giovinco’s name may not carry the same weight as other big European stars that have moved from to the MLS, he has probably had the most success out of any of them. Typically, when European stars move to the MLS, they are nearing the end of their career. This was not the case for Giovinco. Giovinco moved to Toronto FC from Juventus at the age of 28, certainly with a few years of his prime left. Giovinco signed a five-year deal with Toronto in January of 2015 with a $7 million annual salary, making him the highest paid MLS player ahead of Orlando City’s Kaka. Giovinco had an immediate impact on his team and the MLS. In his first season, the 2015 season, Giovinco was named an MLS All-Star, named to the MLS Best XI, won the MLS Golden Boot award, and the MLS MVP award. Giovinco has gained North American fame for his inventive and precise free-kick goals. Click here to see Giovinco’s best free kick goals for Toronto FC.

After a disappointing two years at Manchester United, the Bayern Munich legend moved in 2017 to the MLS. Schweinsteiger joined the Chicago Fire. The Fire were a team that needed a change to reignite the franchise to the historical MLS club that it once was. In the 7 seasons before Schweinsteiger joined the team, the Fire had only qualified for the MLS Playoffs once. Fortunately, the team’s investment in the aging superstar seemed to pay off. Although the Fire didn’t raise any silverware in 2017, they finished with the third best record in the MLS and qualified for the MLS Playoffs. This season, however, the Fire are going to need a very strong end of the season push to make the playoffs as they are 7 points out of the last playoff spot in the Eastern Conference.

Zlatan Ibrahimović has one of the most storied careers in soccer history. Ibrahimović has played in the top leagues of Swedish, Dutch, Italian, Spanish, French, and English soccer. It only made sense that after he had left his mark on practically every corner of European football that he moves to the US to do the same. After recovering from injury, Manchester United agreed to send Ibrahimović to the LA Galaxy. Zlatan’s introduction to the MLS in late March 2018 was exactly what his fans expected. In his MLS debut, Zlatan came on as a sub and scored a 45-yard volley as well as a stoppage-time header to beat LAFC in the Los Angeles Derby. (also known as the El Tráfico) Zlatan has also recorded a 24-minute hat-trick in his short time with the Galaxy. It is safe to say that so far, the addition of Zlatan to the Galaxy has been a success for Zlatan. Only time will tell if signing Ibrahimović was a success for the Galaxy.

Wayne Rooney is the newest European expat to move to the MLS. Rooney joined DC United in the US mid-season transfer window in the 2018 season. Debuting on July 14, Rooney came on as a substitute and recorded an assist. When the Manchester United legend joined DC United, the Black-and-Red were struggling. They found themselves stuck at the bottom of the Eastern Conference. However, recently, it seems as though Rooney has injected a sense of life back into the DC United team. Most notably, Rooney secured a win against Orlando City with some stoppage time heroics (click here to see). Since Rooney signed, DC United has jumped up 3 spots and is now making a push to steal an Eastern Conference playoff spot.

Overall, having international stars in the US does create excitement around the league, but not all international transfers are successes. Steven Gerrard, Andrea Pirlo, Frank Lampard, Kaka, and Didier Drogba all had immense success overseas, but not in the MLS. Perhaps the increase in quality of the MLS in recent years has made it harder for international stars to look at the MLS as a “retirement league.”

With about two months to go in the 2018 MLS regular season, MLS teams are hitting their mid-season form and are playing great soccer. Use FanWide to find MLS game watch parties at a local pub, restaurant, or bar to enjoy the end of the MLS regular season and the excitement of the MLS playoffs. 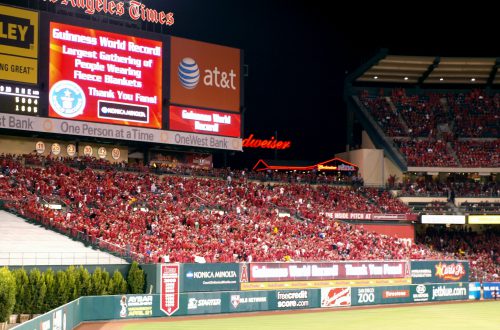