A goal all sports teams have it to find ways to engage their fans with players, mascots, and other working parts of the organization. The Hurricanes are one of the most successful teams in all of sports to do this. The first part of this is the Canes Youth and Amatuer Hockey, a program created during the 2006-07 season that strengthens the involvement between earlier age hockey in the North Carolina area and the Carolina Hurricanes’s organization. Not only does this program focus on hockey, but it also strives to improve the character of all participants, mainly focusing on responsibility, teamwork, and leadership, while constantly emphasizing the importance of an active lifestyle.

Furthermore, the Storm Squad, created in 1999 has grown to become one of the most known mascot teams in the league. Not only are Stormy and his female counterpart Caroline used to pump-up crowds and do in-game promotions, but the squad actually contains many young men and women. This squad is so intense that hundreds of people come to tryouts before the start of the season, and 10-12 judges who work for the Hurricanes narrow the number down. The importance of Storm Squad has grown immensely as the Hurricanes have continued to succeed and even opposing teams have taken notice of the squad.

Lastly, the Hurricanes’s organization offers Watch Parties throughout the season when the team is traveling across the country. For those who want to watch the game with other crazed fans, the watch parties are great opportunities to do so. Overall, the constant usage of promotion, whether through social media or in-game has greatly strengthened the bond between fans and the organization.

While the Hurricanes’s offer watch parties for some of the road games, they are only located in North Carolina. If you are interested in watching the games with other Hurricane fans, visit FanWide.com to find a watch party near you. 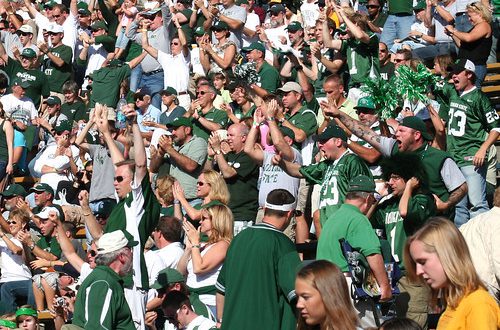