The midwest lives and dies for the ice and the puck, and especially in the great lake state. In Detroit, there is an unwavering amount of Detroit Red Wings fans, largely due to their great organization’s history. The Red Wings have won 11 Stanley Cup Finals Wins, which is the third most out of any team in the NHL. The Red Wings won their first in 1936, and most recently in 2008. To feel immersed in the Detroit Red Wings’ there are many ways to stay connected. These ways include going to the game, going to a watch party or being a part of fan clubs or following fanpage accounts. The most well-known fan page accounts are redwings._.fans and redwingsfanclub.

Anything from news, content, and players’ personal information is all included on the Detroit Red Wings official team website. Detroit provides a wide variety of ways to contribute to the community. The Detroit Red Wings have a verified Instagram page named Hockeytowncares in which the Red Wings exhibit the different ways their team has advocated for peace, equality, and justice. To stay connected, follow this account, along with FanWide, the largest fan club network worldwide.

To stay connected as a Detroit Red Wings fan in a remote city, you can follow all official Red Wings social media accounts or start a Red Wings fan club through FanWide, the world’s top fan club network. The Red Wings have 754K followers on Instagram, 1.2 M Twitter followers, and over 2 million Facebook likes. Though the Detroit Red Wings may not be contenders this year, expect the Red Wings to have a bright future ahead with their stellar young core with star-player Tyler Bertuzzi. 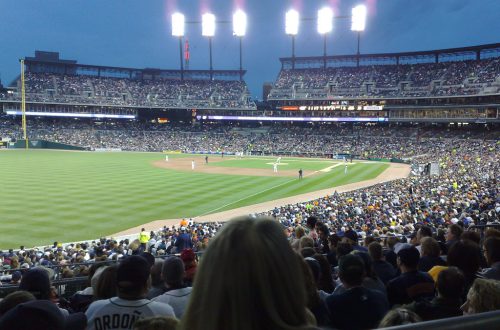