Even though Salt Lake City is known as an “X-Games city” or “winter sports city”, they are a soccer city in every way. In perspective to the average MLS team, Real Salt Lake does not receive many nationally televised games, or “primetime games”. However, the lack of national coverage does not detract from the success and fanbase of this franchise whatsoever. Real Salt Lake’s first season in the MLS was in 2005, and since then they have appeared in the playoffs ten different times, including one year, 2009, in which they won the MLS Cup Finals. In the 2009 MLS Cup Finals, Real Salt Lake faced the favorite to win at the time, LA Galaxy. The Galaxy were the best regular season team that season and were ready to rout Real Salt Lake. But, it was not as easy as it seemed. Real Salt Lake blocked out what the critics predicted, and just played good, fundamental, unselfish soccer. Real Salt Lake defeated the Galaxy and that 2009 Real Salt Lake team is still known as one of the best “underdog stories” in MLS history. Real Salt Lake fans love being known as the “underdog” because the organization’s success embodies resilience and grit.

Philadelphia is known as the “City of Brotherly Love” and that is the perfect way to describe Philadelphia Sports fans. No fanbase loves their teams like Philadelphians do. In Philly, the fans are brutally honest and aggressive but never shy away for their love for their team. Philly sports fans are arguably some of the most notorious fans in the country in regards to some of their passionate displays to support their teams. The portrayal of Philadelphia sports fans can be exaggerated due to the small number of fans that can seem brutal. However, most Philadelphia fans are very passionate and respectful. Although the MLS has only been present in Philadelphia for ten years, there has been incredible growth in the viewership of Philadelphia’s own MLS team, the Philadelphia Union. Since the Union played their first season in the MLS in 2010, they have made the MLS playoffs five times and won their first playoff game in the 2019 season. The Union beat the New York Red Bulls in the first round of the MLS cup playoffs before losing to the Atlanta United in the Eastern Conference Semifinals. In preparation for the 2020 season, the Union fans are ready to unite as the Union are looking to make another strong push towards the MLS Cup.

Coming off a season that ended at the Western Conference Semifinals, the Los Angeles Galaxy was gearing up to make another legitimate run at the MLS Cup trophy. Unfortunately the season needed to be postponed due to the outbreak of COVID-19. In the 2020 MLS season, the Galaxy only played two games in which they lost one and tied one. It seems like every year the LA Galaxy make a solid push towards the playoffs due to the dominating and winning culture that was instilled once David Beckham came to Los Angeles. David Beckham, a former British professional soccer player and former player on the LA Galaxy, made himself the face of the MLS and exceeded the level of play for the LA Galaxy. During Beckhams’ six year tenure, the Galaxy won two MLS cup championships. The Galaxy have won five MLS cubs in a span of twenty five years, making them the team with the most championships in the league.  In addition to this franchise being one of the most prominent in the MLS, they also have unique fans that live and die for the LA Galaxy.

Due to their location in the heart of Texas, or the big D, the Dallas Stars have many fans, considering Dallas is one of the largest cities in the country with many die-hard sports fans. In Dallas, although many people think of it as a football town, there are several hockey fans that live and die for their hometown Dallas Stars. The Stars bring together many fans to watch their games due to the phenomenal history as the Minnesota North Stars (1967-1993), especially in the late 1990’s. Within that decade, the Stars won 2 conference championships, as well as one NHL Stanley Cup championship in the 1998 season.

The midwest lives and dies for the ice and the puck, and especially in the great lake state. In Detroit, there is an unwavering amount of Detroit Red Wings fans, largely due to their great organization’s history. The Red Wings have won 11 Stanley Cup Finals Wins, which is the third most out of any team in the NHL. The Red Wings won their first in 1936, and most recently in 2008. To feel immersed in the Detroit Red Wings’ there are many ways to stay connected. These ways include going to the game, going to a watch party or being a part of fan clubs or following fanpage accounts. The most well-known fan page accounts are redwings._.fans and redwingsfanclub.

Just writing the words “Kansas City sports” gives me, and any sports fan the chills. Kansas City citizens love their Royals and Chiefs like no other. The Chiefs and Royals play across the street from each other, and this past week everyone in the Kansas City area was dying to see Patrick Mahomes and Andy Reid hoist the Lombardi just like the Kansas City Royals hoisted the World Series Championship trophy in 2015. Although the Kansas City Royals are coming off two back-to-back 100-loss seasons, the Royals are looking to rebuild this year and provide a spark similar to the 2015 Kansas City Royals. Longtime Kansas City Royals player, Alex Gordon stated that this year’s Kansas City Chiefs and the 2015 Kansas City Royals are similar. Gordon said when asked about the situation: “You’re giving me goosebumps just thinking about it,” Gordon said. “It’s kind of been looking into a mirror in 2014-2015 with the Royals. Just the way that (the Chiefs have) gone about the playoffs. How they compete together on the field. They’re just having fun, they’re coming back, coming from behind almost every game. So it just kind of reminds you of what we went through. ” Gordon knows that in order for the Royals to rejuvenate their fans and recreate a successful culture, the players need to be collaborative like no other and be willing to compete for each other. 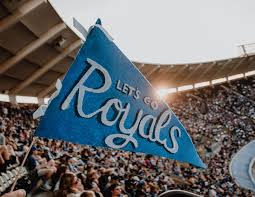 The Oakland Athletics have fostered a culture built by former general manager, Billy Beane. Starting in 2000, Billy Beane used mathematics, pure statistics of a players’ on-base percentage, and other metrics that will be discussed later, in order to allocate the money efficiently towards “cheaper players”. Moneyball, a film made in 2011, illustrates the magnificence and brilliance Beane and the Oakland Athletics management had in building a roster in the early 2000’s. Beane used mathematical metrics like a pitcher’s ERA in order to build a team. According to fictional character Peter Brand (Jonah Hill), who played a role as Billy Beane’s (Brad Pitt) right hand man in the movie Moneyball, said that the Oakland Athletics we’re a team that were a team that were like: “an island of misfit toys”. Although he is no longer the general manager, Beane remains an executive with the Oakland Athletics and is trying to revitalize the team.

The Oakland Athletics are in discussions of potentially moving to Jack London Square by building a new ballpark that would create a more modern, and replenished atmosphere. Also, the A’s will be working around and building a young, but fiesty roster. All A’s fans need to be patient, because only good baseball is in the Athletics’ future.

The MLB would be in a much different place if it were not for the Cincinnati Reds. The Reds are the first team to ever be established by professional baseball. The Reds were established as the Cincinnati Red Stockings and played their first game in 1869 against the Great Westerns of Cincinnati. The Red Stockings did not lose their first game until the 131st game played on June 14, 1870. In 1876, Cincinnati was adopted into the National League. In 1880,  The Reds were expelled from the National League for 10 years for selling beer at games. So for 10 years, the Reds were a part of the American League. 150 years later, Cincinnati is still a baseball town and the Cincinnati fans are loyal to their Reds like its family. Today, the Reds are striving to rejuvenate the winning culture in Cincinnati. In Cincinnati, everyone bleeds red and black.

Other than being known as the Steel City, Pittsburgh is a city where everyone bleeds black and yellow. In fact, only black and yellow. The unique part of Pittsburgh sports, is that all professional teams wear black and yellow: The Pittsburgh Steelers, Pittsburgh Penguins, Pittsburgh Pirates. The Pittsburgh Pirates, along with the other Pittsburgh professional teams, have a lot of history. The Pirates are tied in seventh place for the most World Series wins. They won 5 World Series. They won in 1909,1925,1960,1971, and 1979. The Pirates were one of the first teams to ever be established, in fact they played in the first World Series (1903). Even though the Pirates are coming off of a not-so-good season, Pirates fans have a lot of hope in the Pirates’ future although there has been a four year playoff drought. The Pirates have a very good chance of surprising many people next season. The Pirates were going through cycles of mediocrity, so owner Robert Nutting fire the general manager, manager, pitching coach, and team president. Nutting wanted a change and understands that with a new culture, and a winning atmosphere, the Pirates can be rejuvenated into the Pittsburgh’s winning culture.