The Oakland Athletics have fostered a culture built by former general manager, Billy Beane. Starting in 2000, Billy Beane used mathematics, pure statistics of a players’ on-base percentage, and other metrics that will be discussed later, in order to allocate the money efficiently towards “cheaper players”. Moneyball, a film made in 2011, illustrates the magnificence and brilliance Beane and the Oakland Athletics management had in building a roster in the early 2000’s. Beane used mathematical metrics like a pitcher’s ERA in order to build a team. According to fictional character Peter Brand (Jonah Hill), who played a role as Billy Beane’s (Brad Pitt) right hand man in the movie Moneyball, said that the Oakland Athletics we’re a team that were a team that were like: “an island of misfit toys”. Although he is no longer the general manager, Beane remains an executive with the Oakland Athletics and is trying to revitalize the team.

The Oakland Athletics are in discussions of potentially moving to Jack London Square by building a new ballpark that would create a more modern, and replenished atmosphere. Also, the A’s will be working around and building a young, but fiesty roster. All A’s fans need to be patient, because only good baseball is in the Athletics’ future.

The Oakland Athletics, or the A’s, do several things to keep their fans involved. Considering the A’s have 377K followers on Instagram and 567K followers on Twitter , the Oakland Athletics have a strong fan base. To stay connected, the Oakland A’s provide many programs through their website, such as the Home Run Readers program. This program gives students K-8 a motivation to read. This program provides opportunities for students and classes to go to an A’s game or win a guest visit to school from Stomper, the mascot.

The Athletics are looking to rewrite their successful statistical seasons in the mid to early 2000’s by rewriting history and building their team around a solid core of good hitters and a solid bullpen.

With FanWide, the largest fan club network worldwide, Athletics fanatics would be able to meet up with other die-hards. Make sure to look out for Oakland Athletics watch parties in the coming months as spring training and opening day is only 2 and a half months away. 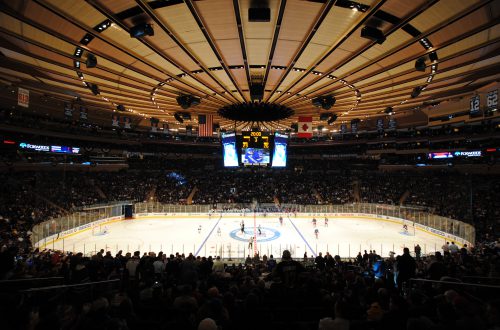