The recent success of the Tampa Bay Rays stems from their solid young core and strong leadership that guides the team towards victory. The tightly knit core not only involves players and management, but the unreal support of the fanbase. The ownership of the Rays provides the fans with constant updates on the team, and in return the fans pour out their heart and soul into the team. With 303K Instagram followers, 688K Facebook followers, and 574K Twitter followers, the Rays use social media to inspire fans from all over the world to support the team and introduce people world-wide to the passion the Rays organization has. 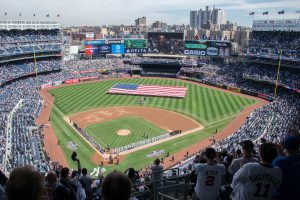 Established in 1995, The die-hard Oakland Raiders fans created the Black Hole. Ever since the inception of the Raiders, there has been nothing truly like a Raiders fan. The Raiders wear the silver and black, instilling fear in their opponents. Raiders fans are so gruesome to an extent that there was a poem written in the 1970s expressing their unique personalities. This poem, which became a hit on HBO’s Hard Knocks this summer states:

“The Autumn Wind is a Raider,
Pillaging just for fun.
He’ll knock you ’round and upside down,
And laugh when he’s conquered and won.”

Raiders fans, especially fans apart of the Black Hole abide by this poem each and every day. Symon Perriman, the CEO of FanWide, the largest fan club network worldwide, stated when he was asked about the Black Hole said, “The Black Hole is one of the most popular and enthusiastic fan clubs in the world”. The Raiders have been playing well this season, especially their rookie-star running back Josh Jacobs. Josh Jacobs broke the record for the most rushing yards in Raiders history through the first 4 games (295 yards). Do not be surprised if the Oakland Raiders make a playoff push with the agression and passion every member of the Black Hole and Raider Nation have.