The Detroit Lions are a hidden gem in the NFL. Although among the four teams who have yet to make a Super Bowl appearance, the Lions never fail to play their hearts out and excite the fans not only in Ford Field, but also those who are watching around the world. One thing is for sure, there is never a lack of talent on the field.

Previous greats such as Barry Sanders and Calvin Johnson Jr., along with current stars Matthew Stafford and Kerryon Johnson are a testament to how steeply talented the Lions organization has been, is now, and hopefully will continue be. With their new coveted head coach Matt Patricia, from the Patriots, there is no doubt that the Lions will make a statement year soon and prove to the league that they have been underrated throughout all these years.

Visit FanWide.com to find a Detroit Lions game watch party or fan club near you.

In addition to the surplus of untapped potential that the Detroit Lions have, their fans can be considered as the most faithful and tolerant across the league. Through the highest of highs and lowest of lows, which has included a winless season, Lions fans are always engaged in what the organization is doing to improve. Tailgates, attending the game, and game watch parties are some of the most common ways those who support the Lions gather. If you are a Lions fan looking to attending a club meetup, you are in luck. Fan clubs are spread out from coast to coast of the United States. FanWide has 30 fan clubs that meet in many different parts of the country. 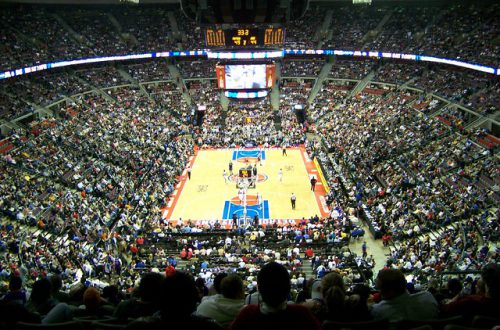