Over the years, Syracuse has built one of the most consistently successful college basketball programs in the nation. The Jim Boeheim era has been particularly fruitful. Ten years after the former Orange guard graduated from Syracuse, he was named the head coach of their basketball program. That day in 1976 was a turning point for the program. 946 wins later, Syracuse is an established college basketball powerhouse. Their success on the court has translated to popularity off of it. Because of their prestige, they are often able to land top high school recruits and consistently produce NBA talent. From their consistent victories on the court to their record-breaking arena, Syracuse basketball is a blue-blood program. The team’s impressive resumé has earned them the #6 spot in FanWide’s Top 10 College Basketball Team Rankings!

Visit FanWide.com to find a Syracuse Orange game watch party or fan club near you.

FanWide’s #7 NCAA Basketball team is the Villanova Wildcats. Villanova has won two of the last four National Championships. Coach Jay Wright has elevated Nova Basketball to a new level. Their consistent regular season success has made them increasingly interesting to watch for current fans, and their postseason glory has brought in a wave of new ones. Villanova’s tournament play has become must-see TV. Legendary moments like Kris Jenkins’ National Championship winning buzzer beater in 2016 and Donte DiVincenzo’s 2018 National Championship 31 point eruption have contributed to a new generation of Villanova fans. Their exciting play and consistent success has made them one of the most prominent programs in the nation and landed them a spot in FanWide’s Top 10.

Visit FanWide.com to find a Villanova Wildcats game watch party or fan club near you. 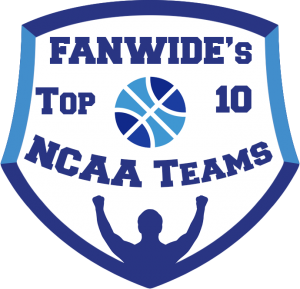 Since its inception, La Liga has been dominated by two football clubs: Barcelona and Real Madrid. Lionel Messi’s brilliance has kept Barcelona relevant for years, but he doesn’t do it alone. Aside from a star-studded supporting cast, Barcelona boasts one of the largest fan bases in the world, across all sports. While FC Barcelona’s claim to have 1 billion fans might be inflated (generally attributed to double counting fans on social media, visits to their website, etc.), they are not far off. A history of elite talent has lead to perennial Spanish football dominance, but where do they stand on the global stage? FanWide has collected data that measures both popularity and on-field success. The result? Barcelona ranks #3 among European soccer teams.

Visit FanWide.com to find a FC Barcelona game watch party or fan club near you.

Visit FanWide.com to find a Manchester United game watch party or fan club near you.

It is not a bad time to be a fan of Liverpool Football Club. The team is currently in second place in the English Premier League, and they aren’t too far behind in the Champion’s League race. Young phenom Mohamed Salah is driving the team’s success as of late, but if you know Liverpool, you know that the team is much more than one player and much more than one year. Liverpool’s success has transcended eras, gaining them the reputation of one of the elite football clubs in the world. Alongside their deep trophy case lies an impressive social portfolio; in short, Liverpool is successful on and off the field- successful enough to land them the #5 spot in FanWide’s European soccer rankings.

Visit FanWide.com to find a Liverpool F.C. game watch party or fan club near you.

Even without this hardware, Arsenal has been a staple in English football since they were founded in 1886. In fact, in 1891, they became the first London football team to turn pro. Today, London (the largest city in England and 24th largest city in the world) is a hub for soccer; Arsenal is one of six EPL teams to call London their home (along with Chelsea, Tottenham Hotspur, Crystal Palace, Fulham, and West Ham United). Arsenal consistently performs among the top teams in the EPL, and the “Gunners” have grown out of their original home- The Royal Arsenal- and into the third largest stadium in England. Arsenal’s rich history has played a key role in their success. Their prominence on and off the field has earned them the #6 spot in FanWide’s European soccer team rankings.

Visit FanWide.com to find an Arsenal F.C. game watch party or fan club near you.

When Chelsea FC was purchased by Russian billionaire, Roman Abramovich, in 2003, the club had seen limited success in both domestic and international competitions. Now 16 years after his purchase, it is safe to say that Abramovich’s tenure as Chelsea owner has been bountiful. Chelsea has since won 5 of their 6 English football championships and their sole Champions League title. After purchasing the club for 140 million Euros (approximately $160 million as of February 2019) and injecting over $1 billion since, the team has grown into the seventh most valuable soccer club in the world, worth an estimated $2 billion (according to Forbes).

The new era of Chelsea football has been kind to the fans. After seeing relatively stagnant cup play since the club’s inception in 1905, fans have been able to see enough success in the past 15 years to last a lifetime. Because of this success, Chelsea has been able to take full advantage of the large London market. Chelsea is here to stay, and the Chelsea football renaissance has earned them the #7 spot in FanWide’s European soccer club rankings.

Visit FanWide.com to find a Chelsea F.C. game watch party or fan club near you.