Coming in at number 9 in FanWide’s Top 10 Baseball Teams competition is the Toronto Blue Jays. Though the Expos have long since left Montreal, baseball remains a key piece of Canadian sports culture due to the lasting devotion of Blue Jays fans. The Jays draw fans from across Canada as well as the U.S. Passionate crowds fill the Rogers Centre for every home game, but the Jays also have a reputation for strong road showings, especially in FanWide’s home city of Seattle. With an impressive collection of young talent headlined by top prospects Vladimir Guerrero Jr. and Bo Bichette (sons of former big leaguers Vladimir Guerrero and Dante Bichette, respectively), the future is bright in Toronto. The team will truly thrive, however, on the strength of the Blue Jays fan base, which earned them the ninth spot on the list.

Visit FanWide.com to find a Toronto Blue Jays game watch party or fan club near you.

Teams were evaluated in 9 different categories (visit this blog post to see the methodology). The Blue Jays graded out as follows:

The Blue Jays have 6 fan clubs listed with FanWide, the world’s top fan club network. If you want to start your own Blue Jays fan club in your city, please contact FanWide today. 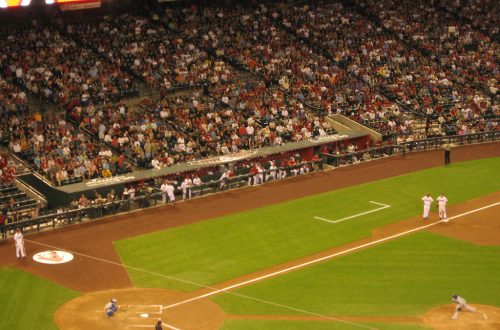