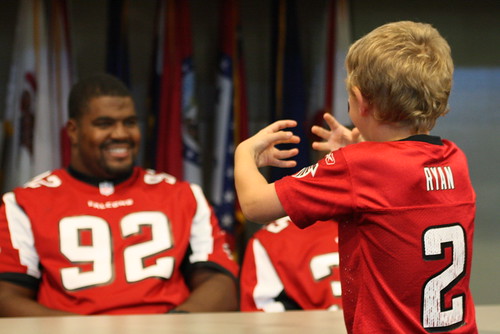 If you’re a Falcons fan, you might know about #FalconsFriday, a program where the Falcons feature fans who rep Falcons apparel on their website to gear up for the weekend. The Falcons even send out a crew to local elementary schools to get kids involved in the Falcons community. In another effort to connect with the community, the Falcons have an accessible appearance request system where fans and fan organizations can organize player appearances for their clubs or events. Clearly, the Falcons target their fans in more ways than one. On social media, the Falcons broadcast game hype videos, player news, and more to their 1.9 million, 800k, and 2.3 million followers on Facebook, Instagram, and Twitter respectively. In a city as busy as Atlanta, it’s no surprise that fans have found themselves migrating to cities all across the country for one reason or the other. As a result, the Falcons have given fans that can’t attend games at Mercedes-Benz stadium the opportunities to connect to the team in other ways, namely through the internet.