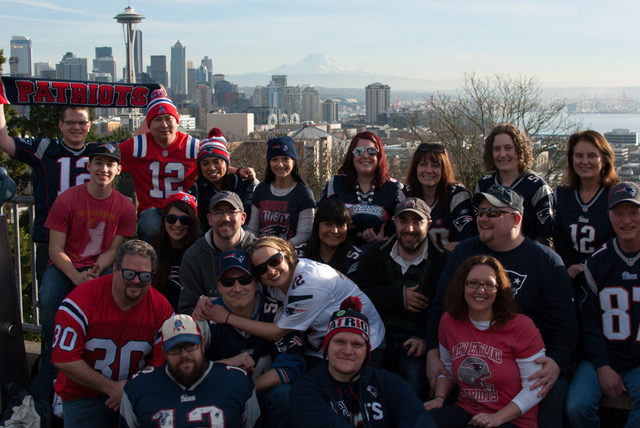 Though they are no longer undefeated, the Rams certainly look every bit the part of a Super Bowl champion this season. With the recent success of the Golden State Warriors, the idea of the superteam has become a popular topic of discussion across sports. Many feel that it would be difficult to create a true superteam in the NFL, with about 25 starting positions and 53 total roster spots to fill. The Los Angeles Rams, however, are probably about as close to a superteam as one could find in the NFL. The roster is stocked with both talented veterans and young superstars, highlighted by quarterback Jared Goff, running back Todd Gurley, and defensive lineman Aaron Donald.

The team is also complemented by an elite coaching staff, led by young head coach Sean McVay and veteran defensive coordinator Wade Phillips. There have been numerous great teams in Rams history, such as the “Greatest Show on Turf”, which appeared in the Super Bowl in 2000 and 2002, winning the championship in 2000. However, this year’s team may just be the best one yet. This season, the Rams may just have what it takes to bring a Lombardi Trophy home to L.A.

Visit FanWide.com to find a Los Angeles Rams game watch party or fan club near you.

It is difficult to leave more of a mark on a franchise than John Elway has left on the Denver Broncos. As a player, Elway was one of the greatest quarterbacks of all time. When he retired, Elway held the record for the most wins by a quarterback, having led the Broncos to back-to-back Super Bowl wins in 1998 and 1999. Elway now serves as the team’s general manager, another role in which he has found significant success.

After the signing of Peyton Manning, the Broncos returned to the Super Bowl in 2014 and again in 2016, defeating the Carolina Panthers in Super Bowl 50. Although the team has struggled since, the roster remains well-stocked in terms of talent, led by established stars like edge rusher Von Miller, cornerback Chris Harris Jr. and wide receiver Emmanuel Sanders. The team also boasts exciting young players such as edge rusher Bradley Chubb, wide receiver Courtland Sutton and running back Phillip Lindsey. A return to the postseason looks to be in the near future for the Denver Broncos.

Visit FanWide.com to find a Denver Broncos game watch party or fan club near you.

When it comes to history, it’s hard to match the San Francisco 49ers. They are tied for second among all teams with 5 Super Bowl Wins. They dominated the league in the 80’s and 90’s, winning 5 Super Bowls in a 13 year span, including back to back wins in ‘88 and ‘89. Led by two of the greatest players of all time, Joe Montana and Jerry Rice, the Niners were an unstoppable force.

Following a playoff drought in the early 2000’s, the team returned to prominence under Jim Harbaugh, a brief but impressive run highlighted by a trip to the Super Bowl in 2012. Though the team has struggled lately, the future is bright in Santa Clara. With young franchise quarterback Jimmy Garoppolo and emerging starts like tight end George Kittle, defensive end DeForest Buckner, and linebacker Fred Warner, a return to postseason glory seems imminent for the 49ers.

Visit FanWide.com to find a San Francisco 49ers game watch party or fan club near you.

If loud enough, sound can be very harmful to human ears. Any sound above 85 decibels can cause permanent damage. Seahawks fans at CenturyLink Field have been recorded at as loud as 137.6 decibels, twice setting the Guinness World Record for loudest stadium crowd. However, it is impossible to quantify the passion and intensity of Seahawks fans. They always produce an electric atmosphere, both in and out of the stadium, with their steadfast devotion to the team. With a string of playoff appearances in the last 20 years and back-to-back Super Bowl appearances including a victory over Peyton Manning and the Broncos, Seahawks fans have had plenty to cheer for. Though the team has struggled through some difficult recent seasons, Seahawks fans have never wavered, ready for the team’s return to postseason glory.

Visit FanWide.com to find a Seattle Seahawks game watch party or fan club near you.

Few franchises can match the prestige and history of the Miami Dolphins. Winning Super Bowls VII and VIII established the Dolphins as an NFL powerhouse from its outset. In 1972-1973, the Dolphins became the only team ever to complete a perfect season with a Super Bowl victory. Legendary names such as Don Shula and Dan Marino, both of whom are among the greatest ever in their respective roles, characterize this rich history. While the Dolphins haven’t appeared in a Super Bowl in over 30 years, their luck would appear to be turning around, with the team returning to the playoffs in 2016. Led by young head coach Adam Gase and emerging stars such as cornerback Xavien Howard, running back Kenyan Drake, and safety Minkah Fitzpatrick, the future looks bright in Miami.

Visit FanWide.com to find a Miami Dolphins game watch party or fan club near you.