Did you know the Texas Rangers were originally the Washington Senators? With a rich history of players such as Nolan Ryan, Alex Rodriguez, Elvis Andrus, and more, the Rangers have become one of the most consistent clubs in the MLB. One of the many reasons for this constant success can be attributed to the foundation of strong fans both in Texas and around the world. This is evident on social media, as the Texas Rangers have 598K Instagram followers, 1.44 million Twitter followers, and 2.19 million Facebook followers. The Rangers do have a strong social media portfolio, but they have also developed a foundation for fan engagement.

Did you know that the first Major League Baseball franchise in Seattle was called the Pilots? After departing for Milwaukee, Seattle was ultimately given a new franchise in 1977: The Seattle Mariners. Legendary players such as Ken Griffey Jr., Ichiro Suzuki, Edgar Martinez, and Félix Hernández have brought success to a club and city that has some of the most passionate fans in the world of sports. Furthermore, regarding Ichiro, the Japanese fanbase of the Seattle Mariners is incredibly unique. As Ryan Divish of the Seattle Times writes, “fans, media, and an entire nation want to see him launch one of those patented line drives into left-center or a hard ground ball through the right side.” The passion of Japanese fans and fans across the globe is evident as seen through the Mariners’ strong social media portfolio. With 1.15 million Facebook followers, 611K Instagram followers, and 567K Twitter followers (2.328 million total followers), the Mariners vast following allows them to connect with fans all around the world.

Did you know the Atlanta Braves are the oldest team in the MLB? Beginning in 1871 in Massachusetts as the Boston Red Stockings, the Braves have had a rich history with all time greats such as Hank Aaron, John Smoltz, and Greg Maddux. The Braves continue to draw on their past as inspiration for the present and future in an effort to continue their success as one of the premier Major League Baseball Clubs. This success is evident both on the field and off, especially with the team’s social media. With 1 million Instagram followers, 1.31 million Twitter followers, and 2.13 million Facebook followers, the Braves have developed a substantial social media presence across the 3 main platforms (4.44 million followers total). These accounts provide passionate Braves fans with excellent resources to stay connected to the team. 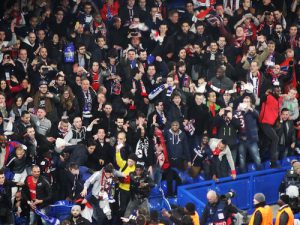 Did you know the Milwaukee Brewers were once the Seattle Pilots? As an expansion team founded in 1969, the Pilots were 33 games out of first place. After only one season, the Seattle Pilots were relocated to Milwaukee. Now, with the recent success of Christian Yelich, the 2018 National League MVP, the Brewers are well on their way to becoming a mainstay playoff team is always competitive NL Central Division. The success of the Brewers has not only been on the field, however. The social media presence of the Brewers has allowed them to continue to build their fanbase both in Milwaukee and around the world. With 1.05 million Facebook followers, 630 thousand Twitter followers, and 440 thousand Instagram followers, the three main social media platforms provide Brewers fans with the ability to be a part of their franchise regardless of where they live. 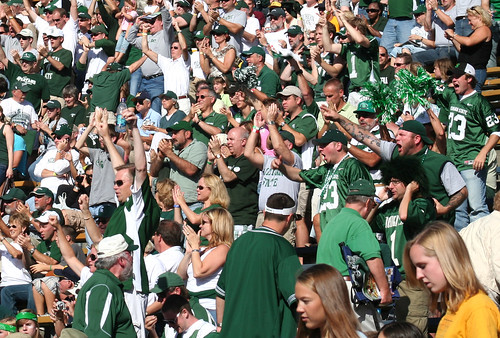 LaLiga, one of the premier leagues of European “football,” is quickly becoming a mainstay sport in the United States. As Boris Gartner, CEO of LaLiga North America stated, “We want to help grow LaLiga in the U.S.” (Digiday). With many of the top players in the world featured among Spanish football clubs, Americans could not be more excited about this development. So, what does this partnership between two of the strongest countries in the world (Spain and the United States) entail?

Tottenham Hotspur have been a dominant club on the pitch. With Harry Kane, Christian Eriksen, and Dele Alli leading the way, the Hotspur have become a force to be reckoned with. They have also constructed a strong social media presence that allows their fans all around the world to connect with the premier club. The Spurs have the sixth-highest number of Twitter followers among English Premier League teams with about 3.82 million. With 6.1 million Instagram followers, Tottenham Hotspur regularly posts engaging and informative fan content. The Spurs also have a significant Facebook following, with nearly 12.15 million followers, giving them a total of 22.07 million followers across the three social media platforms. Tottenham has developed a substantial social media presence that allows fans around the world to stay up to date with the Spurs.

The Los Angeles Clippers have a solid social media presence, considering Los Angeles is a 2nd largest media market in the United States (according to Nielsen). The Clippers have about 1.47 million Twitter followers, which ranks above average among NBA teams. The LA Clippers Instagram page, with 2.3 million followers, is well above the average of NBA teams and its Facebook page, with almost 3.8 million likes, is 13th in the league. The sum total of followers across the three social media outlets of the Clippers totals approximately 7.57 million. These accounts provide Clippers fans with interactive fan-based content, scores, team updates, and more.